April is Autism Awareness month and I’ve decided to share in a few posts about our journey through autism.

It can be hard to explain what it is like to parent a child with autism. It can be quite a lonely road to travel. Maybe it is my own fault for not being more proactive to find more friends with special needs children. I’ve joined a few online groups made up of parents that have children with autism but rarely get anything from the posts or conversations. Some of these parents have very different views than I do. Some have very out there ideas about what caused their child to be autistic. Some parents are very opinionated about medications and therapy. I am non-confrontational and choose not to engage in discussions where I know I will not change their minds nor will they change mine. When it comes to what I believe is the “right thing” to do for my son I don’t need anyone who doesn’t know my son telling me what I should do.

I see parents every day when I drop and pick Noah up from therapy but I have yet to connect with any of them. The brief time that I’m there doesn’t really allow for making friends anyway. The waiting room is a little chaotic. The children there are all very different, some more severe than others. I have so much empathy now for special needs parents who are dealing with their day to day challenges. Some have it much harder than I do and I try to keep that in mind on my tough days. There are children older than Noah who still aren’t potty trained. There are kids that hit themselves or others. Some that are completely nonverbal. I could go on and on. So many parents like me avoid going to crowded and noisy places for fear that their child could have a meltdown. Noah has had those public meltdowns and it is awful. I could see the judgmental stares and see people whispering. Some parents have children that will run away or wander off. Noah wouldn’t run but could easily wander away from me. One of my fears is still that Noah would get lost and not know how to tell an adult my information to find me. We’ve been practicing him knowing my name and phone number for a year but he’s still not consistent in answering that. Noah lacks some of the basic fears that other children have. Noah is generally not afraid of strangers and could easily walk off with someone that just took his hand told him to go with them. If someone hurt Noah he wouldn’t be able to tell me who it was or what they did. It is so incredibly scary to be out where I can’t keep him in a little bubble.

Most of our friends and even our family can’t understand what I go through on a daily basis. They only know what it’s like to parent a typical child. They don’t see the lows and the days that I feel like a failure. They don’t share the same fears that I do for my son. I don’t feel sorry for myself or want other people to feel sorry for me but I do wish it was easier for people to understand the daily struggles.

I often see where autistic parents say the words” I wouldn’t change my child at all”. I know at some point in a post on IG or FB I probably said something similar but I can tell you that I was lying. The truth is that I would change some things. I’m not saying I would change his personality. He is so incredibly sweet and I cherish how affectionate he is. I love that he loves to be outdoors and how much he loves bugs and animals. But despite my love for him I would change a few things. I would want to have just a simple conversation with him. I would want him to be able to understand the questions I ask him and hear his answers. I wish he could tell me what is wrong when he’s upset. I wish he could be able to interact with other children and have friends to play with. I wish I could ask him what he’s thinking when he’s quite and staring off into the sky. I know that he is constantly improving his expressive and receptive language and I can only pray that day may eventually come.

2 thoughts on “A Lonely Road” 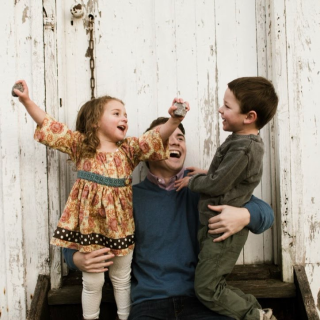